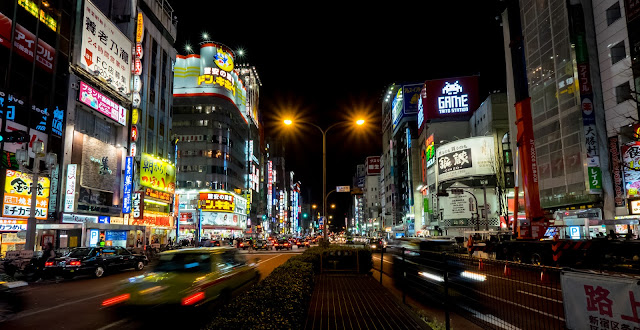 I was born in Japan and love traveling there ever since I started working there in 2001.  I worked there for months at a time totaling nearly two years.  After that, I still visited frequently - practically every year - until travel stopped... This is content that I used to have posted on another blog that I've since taken down because I couldn't keep up with it in a timely fashion (and couldn't get over there!).

I hope this helps some first-time travelers!

Suica/IC cards - getting around without using cash!

Trains/JR Japan Rail - how to get started

Etiquette / tips - it's the little things that count!

While this may not be as in-depth as some of the dedicated sites that are run by locals, our hope is to provide organized, actionable information that you can reference on your journey.  We'll certainly highlight and link to some of the great content that's out there!

Besides being born in Japan (Suginami-ku to be exact), as far back as I can remember, there were Japanese influences in my life.  I remember eating homemade sushi before attending first grade.  I remember watching poorly dubbed Godzilla movies and dubbed/subbed anime on VHS.  As I grew up, I continued to be interested in Japanese things like toys (robots!), ninja, samurai, games and anime, but also books and ideals. Words like honor, bushido, and books like Miyamoto Musashi's "The Book of Five Rings"  inspired me.

Though I had this interest in Japan, I never had a chance to return until more than 20 years after I was born.  In 2002, I had a chance to join a project that would require a few months of work in Spokane, Washington that would culminate in "a few months" of work in Japan to implement.  Sign me up!  After working for about 4 months (flying back and forth from Houston, Texas) in Spokane with a local team (and some Japanese engineers), we had everything ready and all the equipment was shipped to various cities in Japan.

Of course, I was extremely excited, and probably didn't sleep on the flight from SFO to KIX (Kobe's airport on a manmade island).  We flew into Kobe since it was the Japanese company's headquarters and the bulk of the equipment would be installed and configured there.  After that, we split into teams to travel across Japan!  I lucked out and was deployed to Tokyo (their secondary data center) after a brief stop in Nagoya (kishimen and miso katsu!)!  Kobe was an eye-opener, but taking that first shinkansen (bullet train) to Tokyo and stepping off into downtown Tokyo (Otemachi) was an experience I'll never forget!

So it looks like "a few months of work" turned into nearly 20 round trips and more than a year and a half of time in Tokyo.  I was lucky to be working on a project there since hotel, travel, and meals were being expensed.  On the weekends, I would wander, shop, and just get lost while discovering different places in different wards of Tokyo.  To this day, many of the neighborhoods that I lost myself in are still etched in my mental maps.  Though that project ended in 2004, I continued my friendships and continued to travel to Japan almost annually.  Each time, I'd bring more friends or family and introduce them to my local friends.  We're still in touch often and we look forward to many more reunions to come!