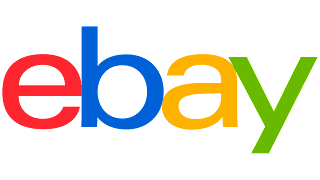 I have been buying and selling on eBay since 2008 and I suppose eBay is still the king of user-fueled marketplaces though there are niche-based competitors like Swappa and Poshmark. I usually keep my tech in perfect shape, so to me, I'm only "borrowing" tech. When I "need" an upgrade, I'll sell the old stuff and recoup somewhere near 50-70% of what I paid (sometimes more!) reducing my actual cost for using the product.

One of the main problems with these auction platforms is dealing with non-payment (deadbeat bidders) or buyers hassling you after the sale (sometimes just due to them not understanding the piece of technology they bought). Remember, you're not after-sale support!

In their quest to provide the best customer service for their bidders, sometimes I feel sellers are left relatively unprotected when a buyer wants to change their mind, return an item (that was marked ineligible for return), or otherwise dispute the sale.

Lately, as I've been selling off more old tech, I feel like the issue has gotten worse so if you're selling on eBay make sure to protect yourself as much as possible!

When selling, take great photos and clearly list out the issues (if any). This will help support your case if/when an issue arises.

Once, I sold a working PS3 to an elderly buyer in Florida. When it arrived, he said he couldn't get the HDMI out working and, after calling me a scammer, insisted upon a return. I tried to help him troubleshoot, but there was nothing I could do to get it working. eBay sided with the buyer and he was allowed to return it to me even though my listing didn't allow it. Apparently, he had somehow manhandled or otherwise broken the HDMI output so now I had no money from the sale, and a broken PS3.

Another example was when I sold a powerful gaming PC that worked perfectly. The buyer had issues with bluescreens and other Windows-related issues and wanted to return it. Regardless of what my listing said in terms of returns, eBay was going to allow the buyer to return it due to his dissatisfaction! This was AFTER I had already given a partial refund to appease him.

Luckily, since every interaction was documented within eBay's messaging portal, support was able to see that I was literally bending over backwards and providing support (I didn't need to, but I really didn't want to deal with a return) to the buyer. Though they still sided with the buyer, they saw that I was trying to help and notified me that the return window was ending anyway.

We kept at it for weeks - literally - until the buyer took it to a PC repair shop that said, "nothing was wrong", re-imaged the PC and he's been happy ever since. It was a hugely annoying experience for many reasons (we were moving and didn't know where a return would be sent), but overall it felt like the buyer had more rights and protections than the seller.

Recently - as in 3 days ago - I sold a used laptop (documented all issues, included pictures of scratches, etc.), a bidder won the auction, then proceeded to ask for even more pictures of the scratches, and then ghosted me. eBay reviewed our interactions and just told me to wait 4 days to cancel the order due to non-payment, and apparently the non-payer will get a "strike" which leads us to your next option below.

Use the all the tools at your disposal

Sellers simply used to include text like "no 0 feedback bidders" or similar, but eBay frowns upon that now and will make you edit your listing. There are still some protections you can use when listing.

First, only sell to geographic regions you're comfortable with. Usually that's just the US, but if you want to take advantage of eBay's Global Shipping Program (which is pretty great), make sure to filter out countries that could be problematic or known for scammers.

Lastly, something I didn't realize until recently was the "Buyer Management" page. From here, you can block specific buyers and even select some "Buyer Requirements" to prevent non-paying bidders.

Moved from Wordpress.com to Blogger because apparently my infrequent updates meant I was just burning $$$...

Originally published by me on  LinkedIn in August of 2020 . Updated - as of 9/7/2022, this deal is still active on  Cisco's DevNet! A New Way to Recertify A few years ago, Cisco created a new way for CCIEs to re-certify. Instead of cramming for a test (that may not be relevant to your current job) every two years, they created a Continuing Education (CE) program to let you earn credits while learning new skills. Simply earn 120 CE credits throughout the year and you can then use those (it's now automatic vs. having to manually ""spend"" the credits) to re-certify for three years. Going to Cisco Live and attending breakouts/technical sessions can earn CE credits for things you were going to do anyway (right??) while you're there. Taking Cisco's Learning Network courses like SD-WAN and DevNet were, in my opinion, more useful than cramming for a written exam and could be more relevant as "old dogs" try to learn some new tricks to keep up! FYI, 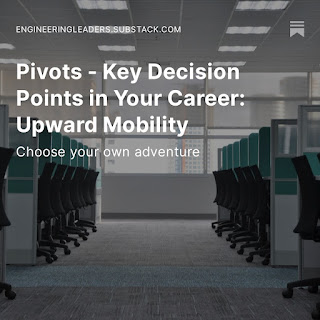 From my Substack: Pivots - Key Decision Points in Your Career: Upward Mobility Basically, it's about things to consider as you consider moving from an Individual Contributor to a Manager.